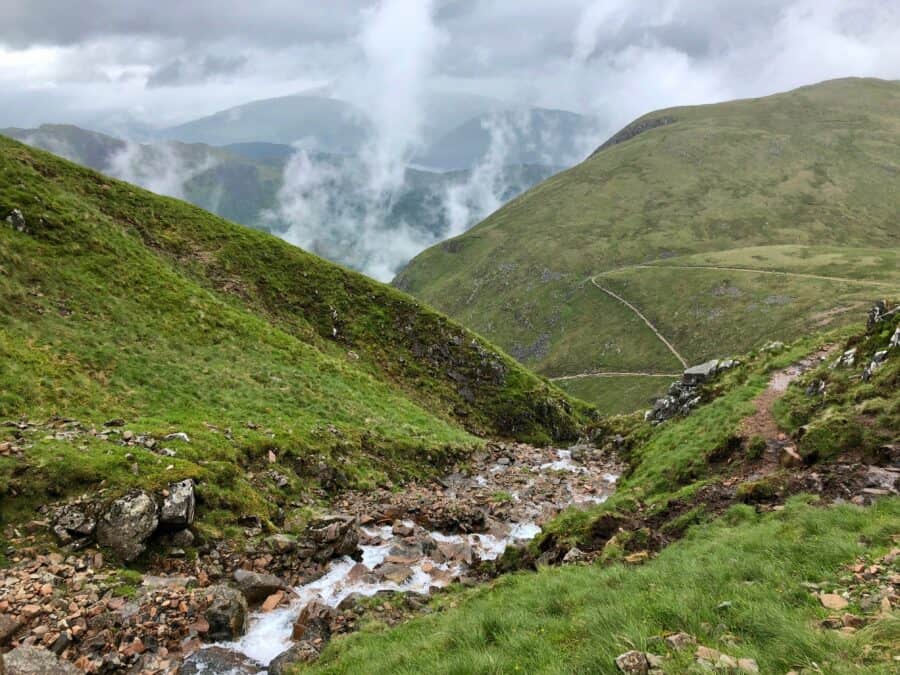 Being a brave Wired Media bear, I joined a gallant team of three to conquer the three peaks challenge to raise money for Red International. For all the other bears that haven’t heard, the 3 Peaks Challenge is a crazy idea of climbing three massive UK mountains; Scotland’s Ben Nevis, England’s Scafell Pike and Wales’ Snowdon in under 24 hours.

A team of three burly men and a brave Wired Media bear made for a competitive bunch, so intensive 3 peak training was the order of the day. Feared not by the great teams we were up against, we completed several trial runs.

Three Peaks Challenge Day begun at 8am with the tallest, Ben Nevis looming above. We proudly completed the challenge in 3 hours and 45 mins, an hour and 15 mins under the estimated time.

High spirits flowed following such an achievement, despite the fact that the speed had really taken it out of us and there were some injuries to contend with.

Scafell Pike was the next expedition. But a challenge it was not after only taking 2 hours and 40 mins, a lot less than the recommended 5 hours.

Following several hours of deprived sleep and near exhaustion, the team were struggling. Luckily, Wired Bear and team had the journey to Snowdon to catch up on sleep although one member of the team continued to throw up entire protein shakes due to some crazy driving from our team driver, James.

We finally made it to Snowdon, starting at 12am was never going to be a mean feet. We now had to deal with 60mph winds, pitch black, fog, rain and snow a situation that can only be described as miserable. Melancholia begun to replace the pride and elation that the team had experienced after defeating Peak 1 and 2 so speedily, however, we were jubilant when managed to complete Snowdon by 4:12am only 12 mins over the recommended time.

We are proud to say the final time was 20 hours and 12 mins; very apt for the current year.

When asked if we would do it again the resounding response was NEVER!!! It was 20 hours of hell sat in Dave’s rucksack, even for the bravest of Wired bears.

We raised a total of £720 for Red International and would like to thank the many sponsors who helped us to achieve this.