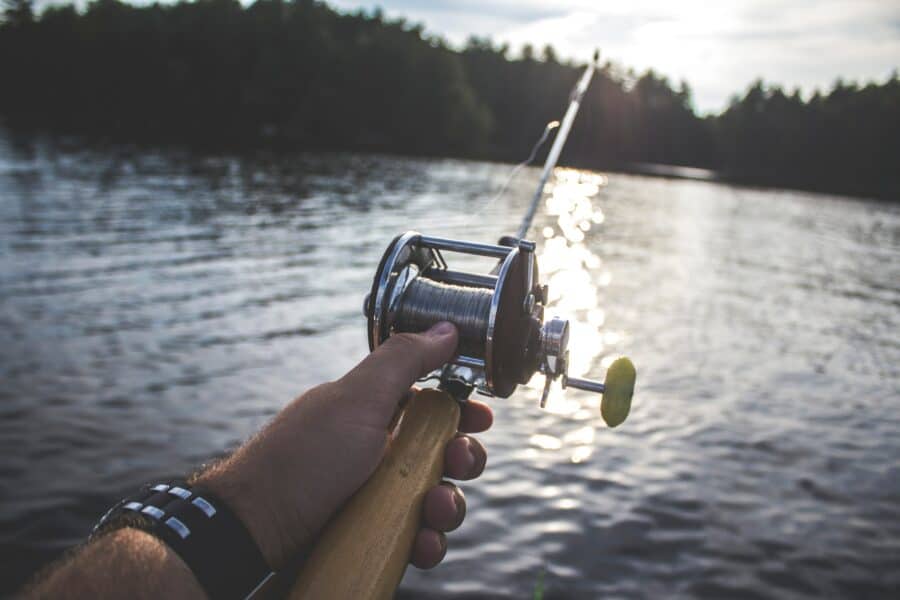 “Come to the Longleat Fishing and Country Show on Friday, I am working there and you can come too and you love fly fishing and we will have a great day out!”

The first people I have to thank are the charming staff on the Longleat estate gate because I had taken my two dogs with me; Doc the ex-Army bomb sniffing Labrador and Noah the world’s only one-eyed racing Pug dog, and normally dogs are welcome at country shows but not at Longleat. But within reason, because of the danger of disease within the Longleat safari and adventure park, dogs are not allowed on the estate – very sensible really, so the girls on the gate kindly pointed out the kennels provided for people like me who bring their dogs with them and Doc and Noah spent a happy few hours in a comfortable kennel.

There are three lakes on the Longleat estate, so the fly fishermen had one, the coarse fishermen another and the carp folk the third. This meant that the whole thing was spread out over a distance of perhaps three quarters of a mile with the food village and various eateries on the other side of the lake, together with the Landrover experience people

There were the expected trade stands selling very expensive to very cheap fishing kit so I got a lovely 7 foot brook fishing rod from a nice Welshmen who promised me it would improve my technique (watch this space!)

We watched Charles Jardine (my spell check comes up with Sardine – surely something fishy going on?) demonstrating dry fly casting techniques and I picked up some valuable hints and tips. He is very good and a great communicator, the crowd were really enjoying his talk. There were other demos on Salmon casting and kayaking and float tube fishing and so on, all very interesting and full of good tips. I thought the chap in the kayak was going to fall in the lake but no such luck!

Lunch! The food village was full of great temptations so we succumbed to the lure of the Sporting Pie Company and had a pasty and a sausage roll and seriously good they were too. Luke Narraway (late of Gloucester Rugby and now with Perpignan) and Paddy Castledine created the Sporting Pie Company to try and bring good honest grub to sporting grounds and I hope they succeed. Best pasty I have had in years.

We needed a bit of exercise after that so went to the Landrover 4 x4 experience and had a trip in a new Landrover Discovery and were driven over some alarming obstacles at alarming angles – made Helen squeak when we seemed to be about to tip over – and all the while the driver was telling us about all the electrickery inside the car. I’ve definitely decided: I WANT ONE!

Then a bit of a final potter and admired the chap demonstrating how to cook on an Aga. I thought you just chucked it in and waited for the smoke to clear but it is more complicated than that. The chef from Bishopstrow House and Spa smoked a trout and created a delicious meal, he even added in some Pansies – who knew you could eat garden flowers?

All in all, I would say that the Fishing and Country Show held at Longleat was a success. I understand that this was the first to be held at Longleat and with a few tweaks, think this event could be a strong annual fixture to feature in the fishing and country calendars. Here’s to next year’s show!