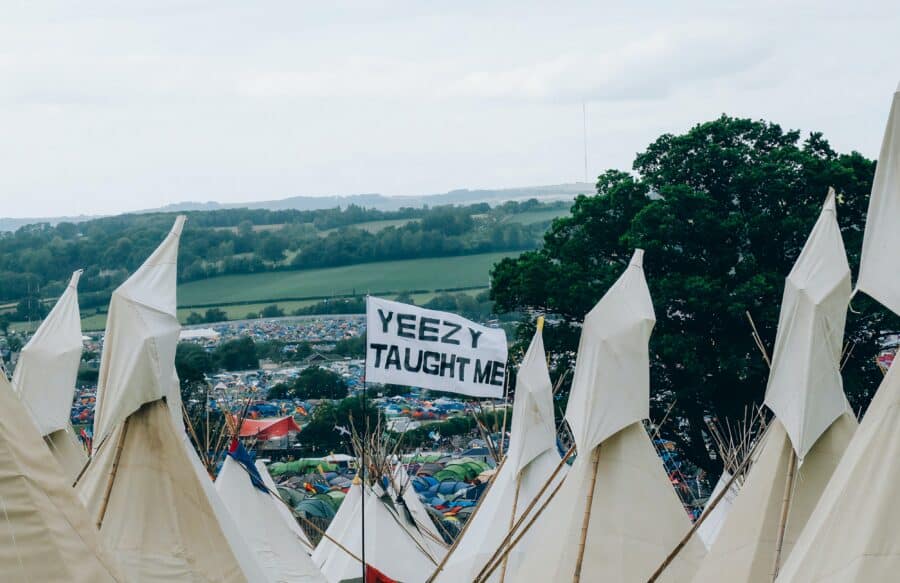 I have been waiting for this week for a very long time; it’s the countdown to Glastonbury Festival 2013! Somehow I managed to get my little paws on a golden ticket to the Glastonbury Festival of Contemporary Performing Arts and so, on Thursday, shall be off to Worthy Farm to pitch my tent, drink lots of Somerset cider and listen to some amazing music for the weekend.

I’ve never been before and have to say that I am a little nervous, although I have been told that the festival is amazing and Helen, the Digital Marketing Executive from Wired Media, is going to be taking me with her and she’s been 3 times! Either she’s crazy or Glastonbury Festival is totally addictive… I’m hoping the latter.

I’ve done loads of shopping ready for it; I’ve got dry shampoo for my fur (it becomes uncontrollable if I don’t look after it) babywipes (well, bearwipes), a tent, a warm sleeping bag, wellies and all the bear necessities – excuse the pun.

Being a bear, I’m used to being in the woods and living in the great outdoors so I’m not too fussed about camping, but Helen assured me that I would want some home comforts with me. I’m not sure what she means, my home comforts involve a big pot of honey and a spoon…

I’m really looking forward to watching The 2 Bears on Thursday evening on the Wow! Stage and Sugarbear on the Downlow Radio stage on the Sunday, and of course the Rolling Stones on the Saturday night. I’ll be throwing some moves like Jagger, that’s for sure.

Make sure you keep an eye on the blog to keep up with all my Glastonbury 2013 adventures and wish me luck!